Frankfurt, Germany, June 23, 2021 — Merz Therapeutics, as part of the Merz Group and a leader in the field of neurotoxins, and Teijin Pharma Limited, the core company of the Teijin Group’s healthcare business, jointly announced today that Teijin Pharma has been granted additional approval by Japan’s Ministry of Health, Labor and Welfare (MHLW) to market XEOMIN® (incobotulinumtoxinA) for intramuscular injection in 50, 100 or 200 units for the treatment of lower limb spasticity.

Lower limb spasticity is a symptom of upper motor neuron syndrome, which is expressed mainly by increased muscle tone of limbs and the hyperexcitability of the stretch reflex as a sequela of stroke. The main symptoms are difficulty in normal walking and increased risk of falling due to trunk instability, complicating or impeding activities in daily life. Conventional treatment of lower limb spasticity includes physical rehabilitation and the use of oral muscle relaxants or neuromuscular blockers such as botulinum toxin type A.

Stefan Brinkmann, CEO Merz Therapeutics: “The extended approval marks an important milestone for Merz Therapeutics and is the result of our close and trustful partnership with Teijin Pharma in Japan. We wish our partner a successful introduction of this important spasticity indication to the Japanese doctors and patients.”

Dr. Stefan Albrecht, Senior Vice President Merz Therapeutics Global R&D: “This label extension in Japan is another outstanding example for the benefits XEOMIN® offers to many post-stroke spasticity patients. Physicians now have the choice to treat lower and upper limb spasticity, also in combination and with the flexibility to apply the individual dosage as needed. We are proud of this achievement and in particular of the excellent collaboration with our partner Teijin.”

Teijin Pharma President Ichiro Watanabe said: “Teijin Pharma provides various pharmaceuticals including for osteoporosis treatment and medical devices such as a sonic-accelerated fracture healing system for patients suffering from musculoskeletal diseases. In response to demographic change and increased health consciousness, we are launching effective new drugs and solutions, including to realize more sustainable societies. Teijin Pharma continues to contribute to enhancing the quality of life (QOL) of patients by providing new treatment options for diseases with high unmet needs.”

XEOMIN® is effective in treating peripheral cholinergic nerve endings by weakening the contraction of voluntary muscles, and it relieves muscle tone by inhibiting the release of a neurotransmitter called acetylcholine. The highly purified neurotoxin, the only active ingredient in XEOMIN®, is made by removing complexing proteins from botulinum toxin type A, which is produced by Clostridium botulinum, using purification technology developed by Merz Pharma GmbH & Co. KGaA. The lack of complexing proteins enables XEOMIN® to reduce the production of neutralizing antibodies capable of lowering efficacy. A significant improvement in the modified ashworth scale (MAS) score for the plantar flexors was observed in phase-III clinical trials in Japan.

XEOMIN® is being distributed by Merz Therapeutics GmbH in more than 70 countries to treat patients with upper limb spasticity, cervical dystonia, blepharospasm or hypersalivation. Teijin Pharma signed an exclusive license and co-development agreement for XEOMIN® in Japan with Merz in 2017, and launched exclusive sales of XEOMIN® in December 2020 after receiving approval granted by Japan’s Ministry of Health, Labor and Welfare (MHLW). The newly received additional approval for partial changes in the obtained approval based on the phase-III clinical trials conducted by Merz in Japan.

The Merz Therapeutics GmbH is dedicated to improving the lives of patients around the world. With its relentless research, development, and culture of innovation, Merz Therapeutics strives to serve unmet patient needs and realize better outcomes. Merz Therapeutics seeks to address the unique needs of people who suffer from movement disorders, neurological conditions, liver disease, and other health conditions that severely impact patients’ quality of life. Merz Therapeutics is headquartered in Frankfurt, Germany and is represented in more than 90 countries, with a North America affiliate based in Raleigh, North Carolina. Merz Therpeutics GmbH is part of the Merz Group, a privately held, family-owned company that has dedicated more than 110 years to developing innovations that meet patient and customer needs.

About the Teijin Group

Teijin (TSE: 3401) is a technology-driven global group offering advanced solutions in the fields of environmental value; safety, security and disaster mitigation; and demographic change and increased health consciousness. Originally established as Japan’s first rayon manufacturer in 1918, Teijin has evolved into a unique enterprise encompassing three core business domains: high-performance materials including aramid, carbon fibers and composites, and also resin and plastic processing, films, polyester fibers and products converting; healthcare including pharmaceuticals and home healthcare equipment for bone/joint, respiratory and cardiovascular/metabolic diseases, nursing care and pre-symptomatic healthcare; and IT including B2B solutions for medical, corporate and public systems as well as packaged software and B2C online services for digital entertainment. Deeply committed to its stakeholders, as expressed in the brand statement “Human Chemistry, Human Solutions,” Teijin aims to be a company that supports the society of the future. The group comprises more than 170 companies and employs some 20,000 people across 20 countries worldwide. Teijin posted consolidated sales of JPY 836.5 billion (USD 7.7 billion) and total assets of JPY 1,036.4 billion (USD 9.5 billion) in the fiscal year that ended on March 31, 2021. 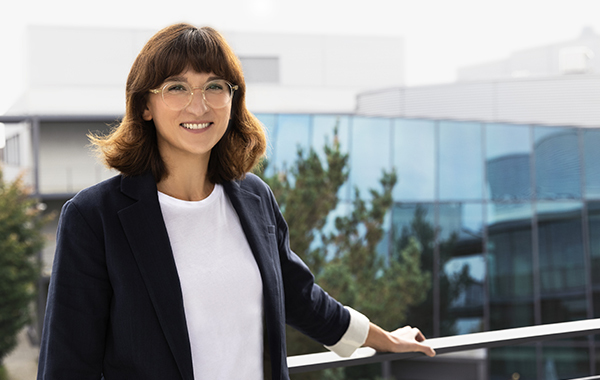 Change of country – You are leaving this page.

You are leaving this website. The content of the following sites maintained by the parent company or another affiliated company, or links to other sites located on this site, is subject to the legal requirements of the country in which the site is maintained. Merz Therapeutics GmbH accepts no responsibility whatsoever for the content of these websites or for the consequences of their use by visitors. However, we ask you to notify us immediately of any illegal content on the linked sites.

Platform change – You are leaving this page.